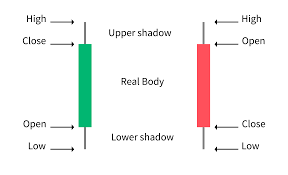 The color and position of a candlestick on a chart represent a trading session and provide information about the market state at that time. Each candle in a particular time frame represents the session. A green candle signifies that the price was higher at the end of the trading session than at the beginning, and a red candle signifies a decline in the price. The candle's thickest component, called the body, displays both the opening and closing prices. The thinnest component of the candle, called the "wick," displays the session's highest and lowest prices. Candlestick patterns typically appear in pairs, with the upper candlestick symbolizing the upward trend and the lower candlestick the downward trend. There are four pairs of eight primary formations, each of which indicates the possibility of a market reversal.

A single candle in the hammer design has a hammer-like form with a small body and a long lower wick. The Hammer is a bullish signal. It demonstrates that trade deviated significantly from the opening price but ultimately ended closer to it than the session lows. When a hammer appears after a downtrend, it means that buyers are taking control of the market and selling activity is beginning to calm down.

Hanging Man is a bearish signal. The hanging man pattern has the same short body and long, low shadow as a hammer. The significance of the hanging guy, however, comes into play near the end of an upward trend, suggesting that a reversal may be about to occur. In this instance, the hanging man's lengthy lower wick informs us that bears launched a big sell-off during the session, driving prices lower. Bulls could get a closing price closer to the opening price, but their power over the market may be waning.

Inverse Hammer is a bullish signal. The inverted Hammer, also known as the inverse hammer, has the same appearance as the Hammer. The body is brief, the bottom wick is nearly nonexistent, yet the upper wick is lengthy. The inverse hammer is notable when it appears at the end of a downtrend, just like other bullish reversal patterns. The price was being pulled upward by bullish factors, as indicated by the lengthy upper wick, but the trend may have bottomed out as indicated by the short lower wick.

The inverse hammer pattern and shooting star design both have short bodies and long top wick. In contrast to its bullish partner, the shooting star candle signals an uptrend's end. The long top wick in this instance indicates that the bulls were trying to maintain prices moving higher but were unable to do so for the period of the session. The shooting star is a bearish signal. 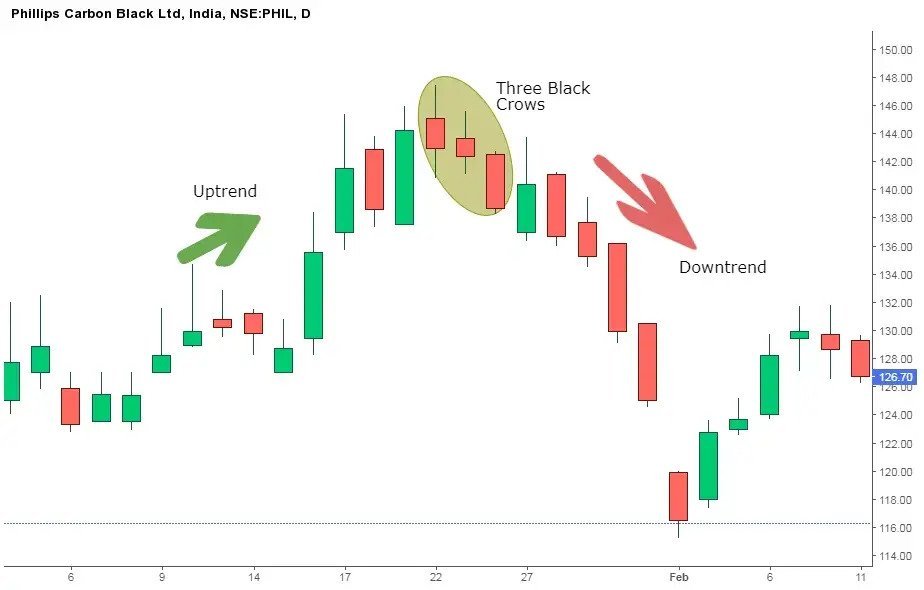 When opening or closing a position, traders can use reversal indicators. The bearish signs here would advise you as a trader to exit long positions and enter short positions. In contrast, the bullish indicators advise closing short positions and opening long positions. Although each of these patterns is a valuable predictor of the state of the market, they are not infallible. Additionally, candlesticks are simply one instrument used in technical analysis; many traders also use a variety of other strategies, such as oscillators or indicators. Every new strategy should be backtested by traders, who should also make sure their risk control is in place.

doji candlesticks candlesticks patterns bullish bearish
Should I be Greedy When Others are Fearful?
15Dec
What is Metaverse in Crypto?
15Jan
Best Trading Strategy for Non-Crypto Experts
Comments